The expo successfully fulfilled its role as a powerful platform for the exchanges and cooperation between China and Central and Eastern European countries (CEEC) with results that outperformed expectations.

Over 20,000 guests attended the event, including government officials from China and CEEC, 10,150 traders from 57 countries and regions, business representatives from the world's leading companies and scholars from different sectors.

The China-CEEC Expo yielded a series of far-reaching results for China-CEEC ties.

At the Third Ministerial Conference of China and Central and Eastern European Countries on Promoting Trade and Economic Cooperation on June 7, four main results - a cooperation initiative on e-commerce, a cooperation initiative on trade in services, a communication mechanism for officials from both regions and the official inauguration of the 16+1 Economic and Trade Demonstration Zone - were achieved after wide and in-depth discussions.

Other conferences and forums, including the 2nd China and CEEC Mayors Forum also witnessed a lot of consensuses reached.

A City of Culture and a Gateway to the World, Welcome to Ningbo. 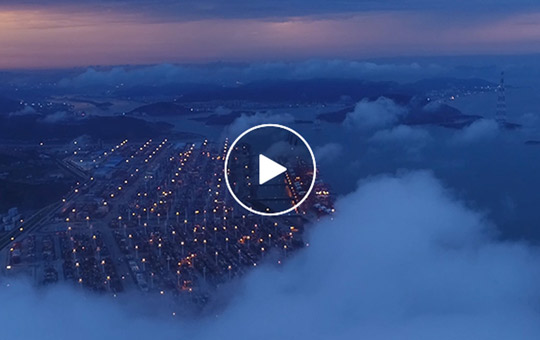 Night View of Sanjiangkou in Ningbo Deals on hundreds of investment and cooperation projects were inked during the event.

At the 4th China-CEEC Investment and Cooperation Symposium, the two regions reached 117 agreements with an estimated investment of over €10 billion.

Zhejiang province will introduce 232 projects worth 367.5 billion yuan ($57.4 billion) according to the agreements signed during the expo.

Ningbo, the host city of China-CEEC Expo sessions signed agreements on 180 projects at the expo.

The 5th CEEC Specialty Fair set up 310 booths for 257 companies from CEEC, who displayed 15 kinds of products. Around 350 Chinese purchasers talked to CEEC businesspeople.

Talks on tourism, education and cultural industries achieved fruitful results at the expo as well.

More than 500 people from China and CEEC sought exchanges and cooperation during the 2018 China (Ningbo)-CEEC Tourism Week from June 6 to 10.

In the sector of education, China and CEEC signed 17 cooperation agreements at the 5th China (Ningbo)-CEEC Forum for Education Cooperation.

The guest country of honor activities, Latvia, organized a series of talks and exhibitions across Ningbo, such as a food festival and an art exhibition.

The event drew the attention from a mass of media outlets. Over 380 reporters from around the world covered the event and presented the activities from different angles. As of June 11, there had been 3,757 pieces of news published.